December 03, 2014
Somehow last year we discovered Master Chef Junior, even without having broadcast television. Maybe it was fate, as the girls have become devoted to Chefs Graham, Gordon, and Joe. Not to mention, they are incredibly inspired by the contestants ranging in age from 8 to 12. Granted they've always been great helpers in the kitchen, but now they want to take charge. Tonight, Sj made dinner, full on by herself, the entire meal. Rice which she cooked with turkey bone broth (we had already prepared after Thanksgiving) topped with a sauté of turkey, carrots, onion, kale, and herbs. Of course she even garnished the dish with fresh parsley because isn't presentation just as important as the food itself? 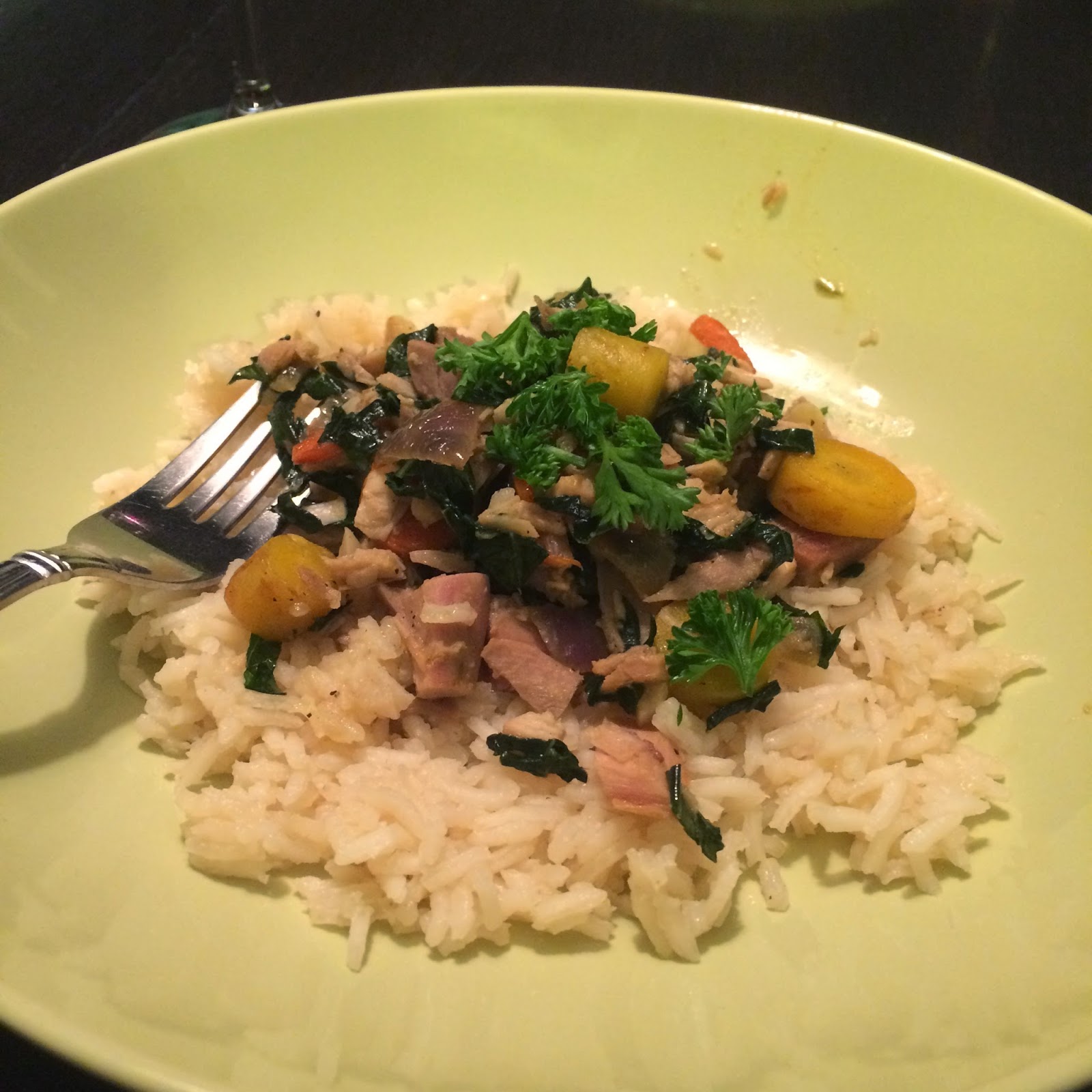 Side note, here's a funny interaction I had on Twitter with Graham Elliot because he's awesome! 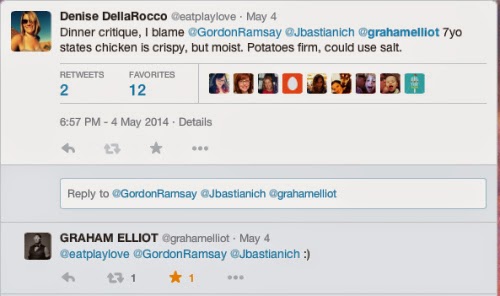