Showing posts from 2017
Show all

When A Path Diverges 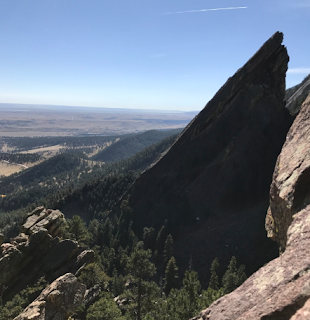 A year ago the path I was walking diverged. As I looked ahead, I saw the same pea gravel trail with some slight elevation gains, it continued on as far as my eyes could see. To the right there was another path; it snaked up the mountainside. There were small blooms alongside the rocky path, as my eyes tried to get a sense as to where the path lead, a storm cloud appeared at the summit. I realized if I kept going straight, things would be fine. I probably wouldn't be sore tomorrow, it didn't even appear as if I would get rained on. It was just a matter of carrying on. Is that really what I wanted from my experience, just to carry on? For some reason I abruptly turned, I took the path up the mountain, the path that seemed unpredictable. I knew I would be sore tomorrow, but I would also feel the gains from the challenge. I did have my hiking boots on, I was ready for this. A mile up, I questioned what I was doing, did I really have the strength to take this path? I rested on a
Post a Comment
Read more

Observations From The Pool 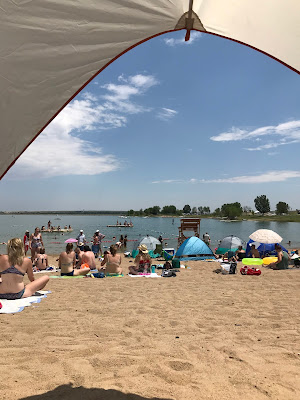 Settling back in after our vacation to New York has meant lots of time poolside. A daily trip to the pool provides exercise, a dose of vitamin D, an opportunity to put down our devices, and lots of fabulous people watching. People watching is a such a gift in many ways. As with life in any small town, we've started to run into some familiar faces regularly at the pool. My favorite are the retired ladies that share a lap lane, floating along side by side, doing more chatting than swimming. After they've had enough of the water they retire to their lounge chairs in the shade and apply almond oil. They love good banter about the current political climate, sharing the latest photos of their grandchildren, naps in the sun, and a hardcover read checked out from the library. Their ease of conversation and joy together makes me long for those friendships that stand the test of time. We can always count on a gaggle of teenage girls to arrive late afternoon and spread out in front
Post a Comment
Read more 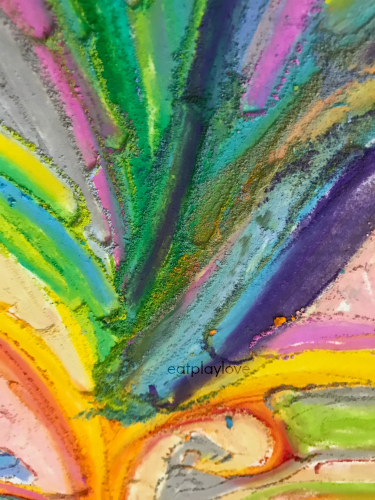 The swell of creativity has been consuming me at night. I've been drawing with pastels, messy, dusty, color stuck under my fingernails, pastels. My process isn't about the final product, it's actually all about the release, the expression. I've been throwing away the piece after it feels fully worked through. On a whim I took some snapshots of the last piece I created and I love them. I love seeing the texture and the interplay of lines that comes through in the photos. Enjoy...
Post a Comment
Read more

Pica's Mexican Taqueria in Louisville, A Lovely Addition to Downtown! 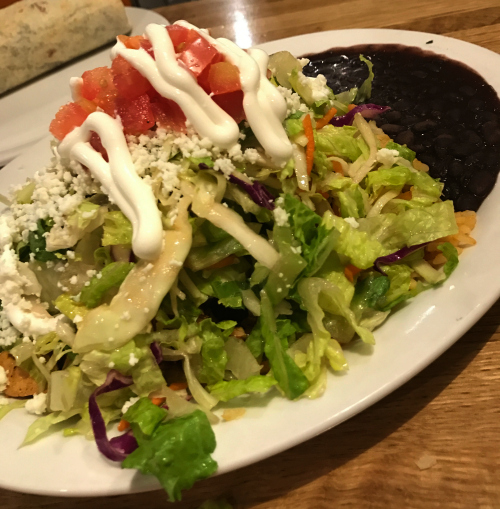 Pica's Mexican Taqueria in Boulder has been a staple lunch go-to for me since it's opening in 2010. It's nestled just between my husband's office and mine, so monthly I get the want to escape to Pica's text. We've definitely honed in on our menu favorites, one being the tostada that comes with a heaping mound of lettuce, cabbage, and tomatoes that always leaves me just properly satiated. I also love their soups, tortilla or posole. Pica's has that lovely freshly prepared vibe and the flavors are complex, but well rounded which is my kind of Mexican. tostada + chicken  When I was invited to bring my family into the new Louisville location to enjoy a dinner, I jumped at the opportunity. We were thrilled to hear Pica's had expanded and knew it would be a perfect addition to the restaurant scene in downtown. Having the opportunity to experience the dinner menu, which is different than the Boulder location, I decided to branch out from my usual order
Post a Comment
Read more 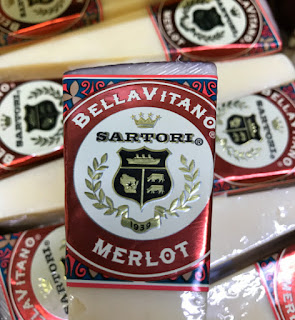 One of the highlights of working with Whole Foods Market the past few years is being introduced to artisanal cheesemakers. The world of cheese is so expansive, I think it's easy to default to favorites as well as not really know where to begin to explore new cheeses! Don't be shy when shopping at your local Whole Foods Market , their cheesemongers are some of the most talented in the country, they are a wealth of knowledge and will lead your palate in the right direction. Plus, they are very generous about sampling before purchasing.  February seems to provide ample opportunity to have friends over for a social gathering and there really is no simpler way to delight your guests, than with a lovely charcuterie board . We recently picked up some Satori cheese from Whole Foods, a Merlot and a Balsamic BellaVitano. Oh my were they lovely and the first to disappear from the board. Sartori is a family-owned fourth-generation artisanal cheesemaker from Plymouth, Wisconsin. Each
Post a Comment
Read more

The Art of Smoothie Making 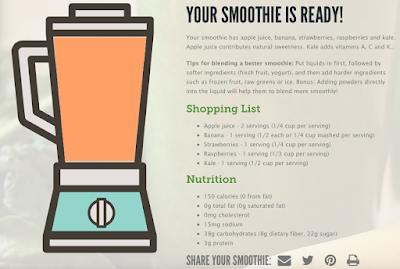 Let me confess, I've made my fair share of smoothie flops. I once thought I could just wing it and throw what ever seemed like it would make a good smoothie into the blender and let it rip. Quite often my ratios of liquid to fruit were off and for every smoothie hit, there were a couple of flops I'd still have to choke down. Smoothie bowls have become a favorite afternoon snack to fuel up my girls before their dance and gymnastics classes. I tend to use juice or vanilla yogurt to sweeten smoothies and never rely on additional sweeteners such as honey or agave, I just prefer the sugars in the ingredients to create the right balance. Now I rely on Whole Foods as a resource to help me make a well balanced smoothie, every time. With their smoothie nutrition calculator you can even get a sense of how your favorite homemade smoothie is doing in the nutrition department. Scroll to the bottom of the calculator page for smoothie recipe inspiration! Two of my recent favorite
Post a Comment
Read more

January 02, 2017
Knowing this blog is still here fills me with a warmth, even if I don't honor the platform in the way I once did. The majority of my favorite blogs have shuttered in the past couple of years. I miss the way bloggers put words together, the way they offered glimpses into everyday life, and how we felt so connected. Social media has not replaced the longing I have for opening up Reader and spending my late night alone time reading blog posts. Feedly is just okay and I subscribe to about 12 blogs that still update weekly. Weep, 12.  But back to my warmth... I'm plotting my path on how I'd like to offer glimpses into some real change I've experienced in the past few months. It feels important to process through this medium, to set my words free, to connect with others with an openness and vulnerability. As for now, my journal pages have been receiving much love and attention.   Stay tuned, for the stories shall unfold.
Post a Comment
Read more
More posts